Hazrat with his best friends in Whitworth Park 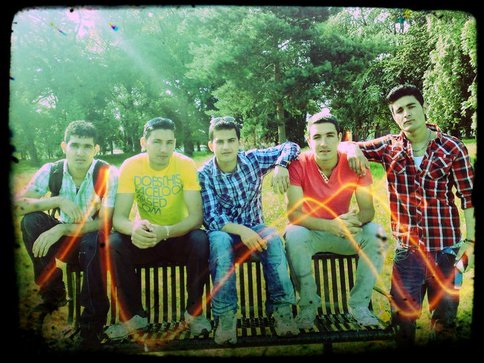 Here I am on the far right of this picture with my friends.
I am 17 and I was born in the village of Damen in the Bihsud District, Nangahar Province of Afghanistan. I am a Pashtun and a Sunni Muslim.

My father was working for Hezb-e-Islami, who are enemies of the Taliban. When I was very little my father was killed by the Taliban and they then later shot my brother, who was aged just 17. They would have killed me if they could have, in case I tried to get revenge, so I fled to the UK.

The journey took many months and involved huge risks. Masood, my closest friend who I met on the journey did not survive, he was 14years old when he died on his way here. Eventually I made it to the UK.

When I arrived in the UK I was 13 years old.  I did not know the language at all and felt lost and confused after the journey. I was refused asylum because of what the judge described as “inconsistencies” in my story, mostly to do with dates that I could not remember. The judge also believed that I could contact people back in Afghanistan if I needed to – I could not.  I appealed against the decision, but my lawyers submitted the final appeal one day to late so it was refused.

I have grown up here from 13 to 17.  I lived with a foster family until I left school and am now living independently but with support from Trafford Social Services.  I live in South Manchester, have lots of friends here and visit with my foster family.

I am very worried about being sent back to Afghanistan, the Taliban would want to kill me and I would know no one.  I would have no where to stay and would have no contact with family.  Manchester is my home now and I want to stay here. My case is up for review in September.  I am at the beginning of my campaign so please keep watching my page and, for now, please sign my petition here.